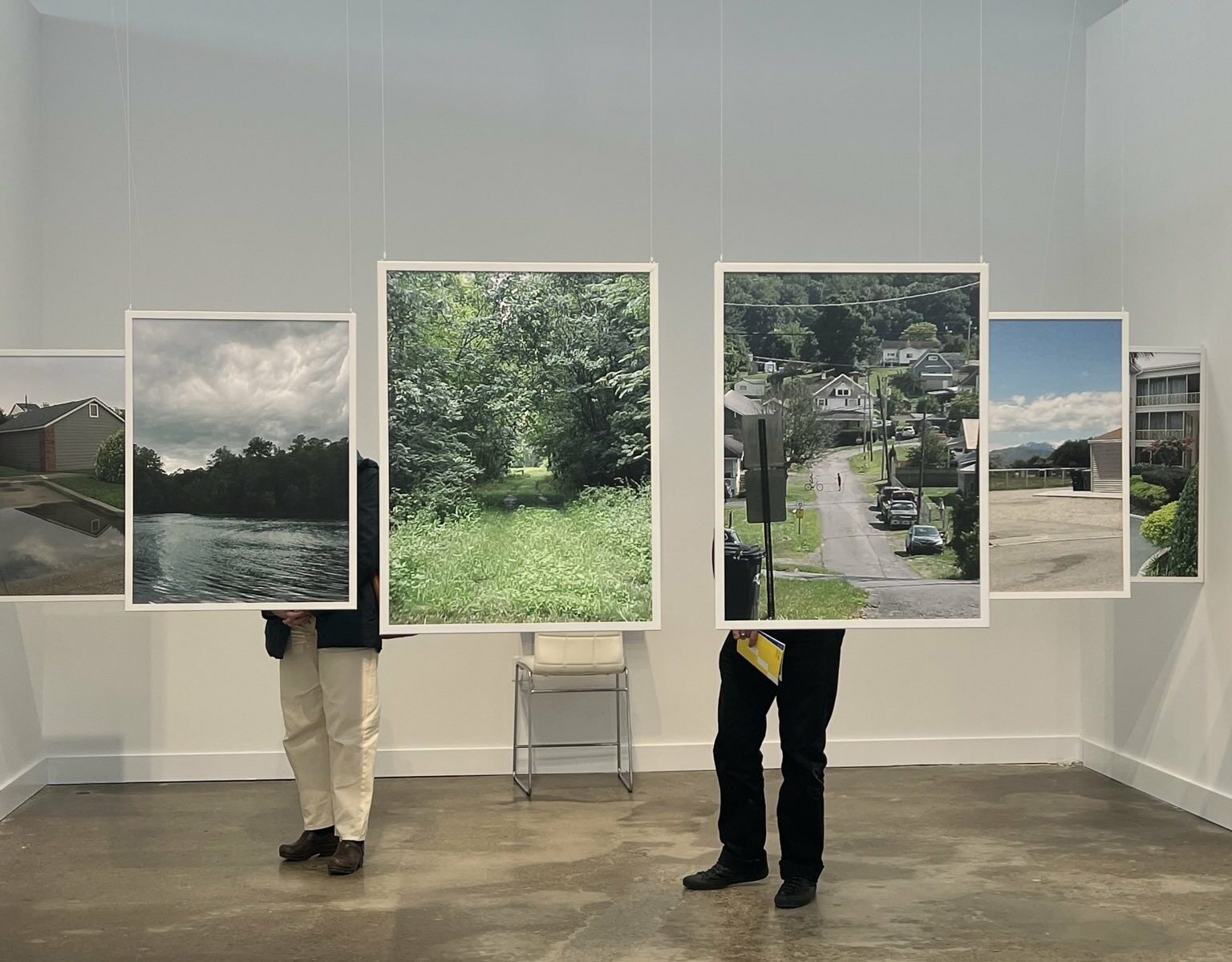 It’s been a while since I stopped over in Buffalo, but I’m finally unfrozen, and I’m unfreezing my blog, too, to comment a bit on the exhibit I saw — this was the purpose of my brief wintry sojourn — Difference Machines: Technology and Identity in Contemporary Art at the Albright-Knox Northland. I visited the show with my spouse, Flourish; Tina Rivers Ryan (who curated the exhibit with Paul Vanouse) was kind enough to give us a big chunk of her day and provide a detailed tour.

When we speak of “identity,” we speak of difference. This is true whether we are philosophers like John Perry, who has interrogated what it is that makes objects identical to one another, or are focused on the social world. The works in Difference Machines explore how, in the context of computer and network technologies, people’s identities persist, rather than being erased as some imagined would have happened. This means that some can be grouped together and identified in stereotypical, harmful, even lethal ways — but there are also glimpses of how, more positively, people can identify with one another.

I got to see Difference Machines just before it closed on January 16, so I have to settle for telling you about what you missed. One of the more remarkable aspects of the exhibit is that it was light-flooded and in a space where sound could call out invitingly from some of the pieces without derailing one’s experience of artworks nearby. While I would exhaust myself (and you, dear reader) were I to try to thoroughly review the show and relate much of what was so compelling about it, I’ll at least write some about three of the works in it, to give an idea of what machines were running and how they engaged with shared themes.

Many of the artworks spoke against the concept of a flattened, egalitarian cyberspace (metaverse?), but the photos and texts by Sean Fader in his 2020 Insufficient Memory go beyond this. They document hate crimes against LGBTQ+ people, including many murders and instances where people have been provoked to kill themselves. As a viewer approaches, the low-res photos, taken on a very early consumer digital camera, have a beauty that inheres in the often natural scenes, is intensified by how they are framed, and becomes even more compelling because of the lossy, “cool” (McLuhan’s term) nature of these highly compressed images. Walking around to the back, the viewer, become reader, discovers how each photo is the scene of a brutal crime. The victims did not find positive community through common identity; they were marked as different and in most cases directly killed because of their difference.

To given an idea of the range of this show, turn to ‘Ye or Nay by A.M. Darky (2020). This artwork is a game for two that invites a chat as each player tries to pick out the card that is showing on the other’s screen. It’s not some antigame or disorientation machine, but an actual fun game with a compelling soundtrack, graphics, and interface. (Go play it online!) The cards all display portraits of Black male celebrities. Part of the concept is that some will be better equipped to play this game for various reasons — they will have a more extensive vocabulary to describe the hairstyles shown, for instance, or they will know more about who was born where. The game/artwork playfully tickles players to consider what they’re able to articulate (or not). My only critique is that the piece is already showing its age in one minor way: The apostrophe at the beginning should now be removed!

The last piece I’ll turn to is by a well-known digital media artist, Rafael Lozano-Hemmer. His Level of Confidence (2015) is a free and open source software project in which biometric software matches the face of the viewer (also the viewed, in this case) to one of 43 students who were kidnapped from the Ayotzinapa normalista school in Iguala, Guerrero, Mexico. The project memorializes this event and exposes the working of a face-recognition system which, it seems, is doomed to never make a match. As I read the piece, though, this artwork also uses computer technology to present the viewer with someone who looks like them, making the connection to this kidnapping more personal and acute. This does not result in some sort of naïve empathy machine. A museum visitor in Buffalo is not likely to suddenly feel, “ah! It could have been me being kidnapped!” But the piece is also not purely a slam on surveillance technology, as I see it. The face-recognition system that is central to this interactive artwork is used to invite a novel viewing and works to help keep an event alive in memory.

Well, I could go on! There were many other great works in the show. But I can’t write a catalogic discussion of them all, so I’ll have to let those three stand as examples of the different approaches artists in Difference Machines took.