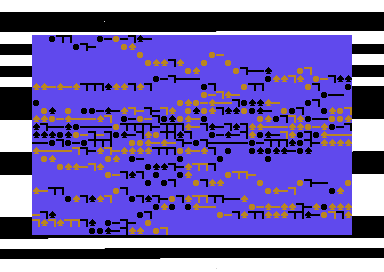 Yesterday I wrote a little demoscene production, an intro, called “Tyger Tyger.” It’s a Commodore 64 machine language program with 32 bytes of code and the requisite 2 byte header, found on all C64 PRG files. It only garnered third place out of five entries in the 256b compos at @party 2021, behind two impressive entries that were for a different platform (DOS) and went to the limit of allowable code (eight times as much).

I wrote this intro under a formal constraint (32 bytes of machine language code) and several process constraints. Specifically, I wrote it all yesterday, mostly on a Amtrak train, finishing up the sound once I got to the party itself in Somverville. I also exclusively used a hardware Commodore 64 running Turbo Macro Pro v1.2, rather than cross-assembling the code on a contemporary computer and testing it on an emulator. To be specific, I used an unofficial hardware version of the Commodore 64 called the Ultimate 64, which is a modern FPGA implementation of Commodore’s hardware—not, however, an emulator. I placed a SID chip (a 6581) in the machine, so the only analog component that would otherwise need to be emulated was an authentic original.

Writing the code exclusively on the train provided me with some additional challenges, because the power kept cutting out and my system (which has to be plugged into AC power) shut off each time.

I’d never used any version of Turbo Macro Pro before, neither the C64 assembler nor TMPx, the cross-assembler. I figured out the basics of how to use the editor and learned the syntax the assembler used. It’s quite an excellent piece of software—thanks, Style! 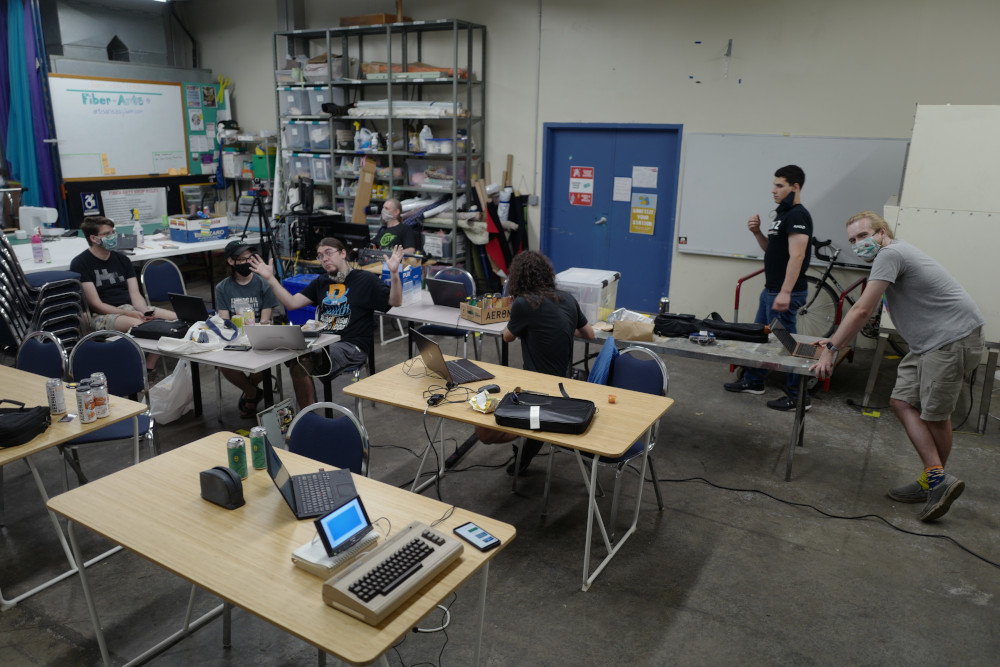 And tremendous thanks to Dr. Claw, who put on a safe, responsible, demoparty—masks required when not eating, full vaccination required for all. It was a tiny one, yes, but it was a party! The event continues the important social and artistic traditions of the North American demoscene.

One Reply to “C64 Coding Under (Many) Constraints”